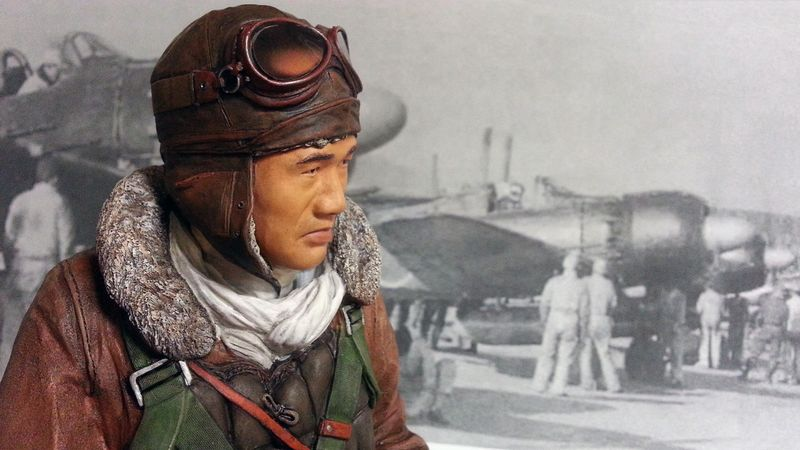 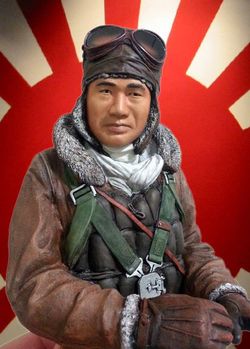 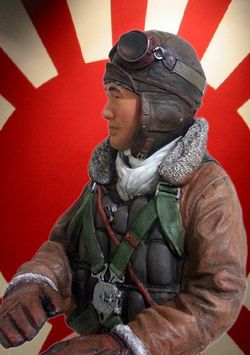 PLEASE NOTE: Although Saburo is sized to fit 1/5 scale cockpits, kits can vary and be not scale, so some trimming of the pilot or kit may be neccessary. If some of the pilot has to be trimmed away, Best Pilots was glad to provide more pilot than you needed! 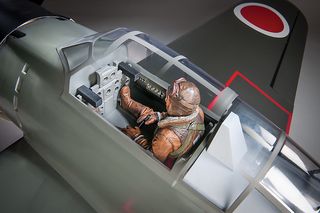 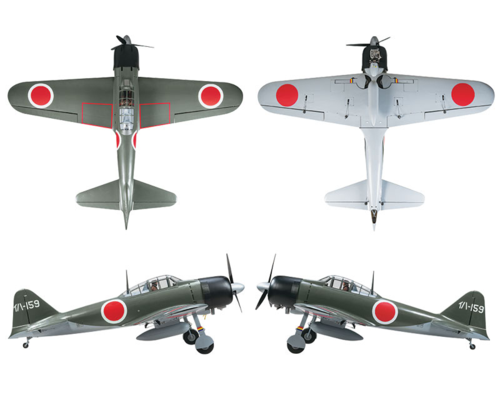 Saburo is the Best Pilot for the Top Flite Giant Scale Zero! This 1/5 scale pilot figure features an portrait of Saburo Sakai, authentic flight gear for the period from his simulated fur collar, kapok life preserver to his flying boots. He measures 4″ across from elbow to elbow and right at 6.75″ from his bottom to top of head in the sitting position. Weight is 4.5 ounces. 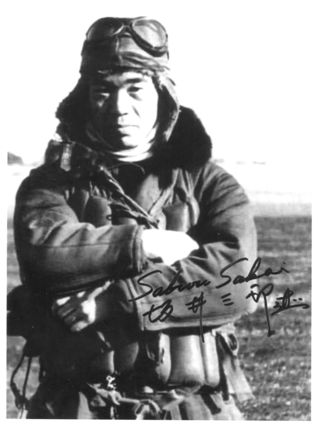 Sakai was the Imperial Navy’s fourth-ranking ace and Japan’s second leading fighter pilot to survive the war, surpassed only by Tetsuzo Iwamoto.

During the battle of Guadalcanal, Sakai was seriously wonded in a failed attack on TBF Avengers. He was struck in the head by a bullet which blinded him in the right eye and paralzed the left side of his body. His Zero rolled over and headed upside down toward the sea. Unable to see out of his remaining good eye due to blood flowing from the head wound, Sakai’s vision started to clear somewhat as tears cleared the blood from his eyes and he was able to pull his plane out of the steep seaward dive. The cold air blasting into the cockpit revived him enough to check his instruments, and he decided that by using a lean fuel mixture he might be able to make it back to the airfield at Rabaul.

Although in agony from his injuries  (The wound is described as having destroyed the metal frame of his googles, and “creased” his skull) Sakai managed to fly his damaged Zero in a four-hour, 47-minute flight over 640 miles back to his base on Rabaul. When he attempted to land at the airfield he nearly crashed into a line of parked Zeros but, after circling four times, and with the fuel gauge reading empty, he put his Zero down on the runway on his second attempt. After landing, he insisted on making his mission report to his superior officer before collapsing. 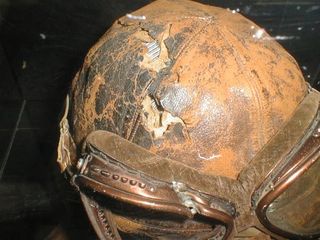 Saburo’s flight helmet & goggles exhibiting the close call he had with American TBF Avengers. This picture was used to accurately sculpt the gear on the Best Pilots Saburo Sakai pilot – minus the battle damage!

What Customers are saying about Best Pilots Saburo Sakai:

Saburo arrived today and I must say the detail and finish is outstanding and even better than I expected. I’m sure he’ll achieve ace status in my Platt Zero. Thanks Lyle……  John

Lyle, I had to call and tell you that, I’m no artist, but this seems to be the Best Pilot you’ve done yet! I am just amazed at the detail and how alive he looks. I’m going to have to get a better plane to show him off in! – Steven B., Jefferson City, MO.

I must tell you that you really are a true artist.  I’ve never seen such fine work. – Carol Pesch, Publicity coordinator for Hobbico/TopFlite

Lyle, Your  Saburo makes all the difference with my Zero project! – Casey, Honolulu HI. 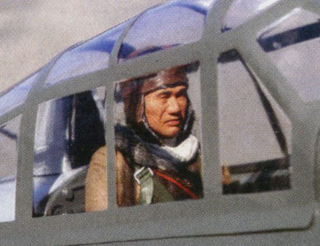 The realism displayed in the scale figure is amazing, from the period specific helmet, right on down to Sakai’s boots! …there really is no comparison to anything else out there on the market today.- Kevin Siemonsen, Fly RC magazine.