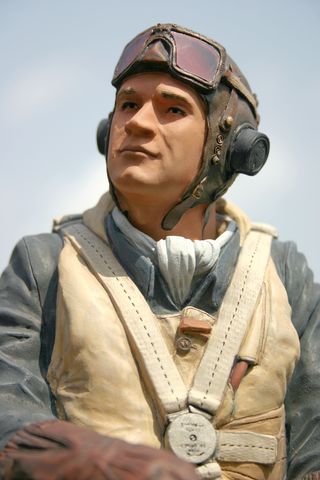 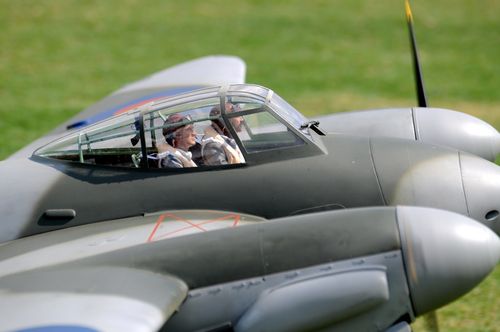 “I looked quite some time for pilot figures for my Mosquito, and I must say your pilots are far and away the nicest ones out there.  I’ve been recommending you every time I meet someone who is looking for pilots.”  – Tom Wolf,  Top Gun & Scale Masters competitor 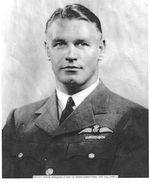 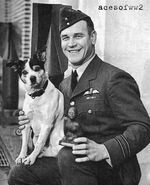 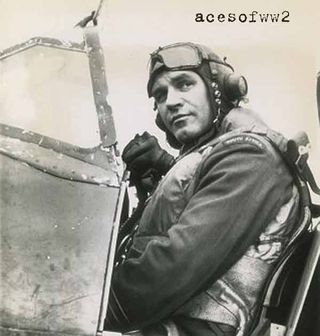 Malan was a South African who had received an early training as a Sea Cadet at the South African Merchant Navy Academy before the War. He was to join the Union Castle Line. However, as war loomed, he joined the RAF and came to England where he got his flying training.

By December 1936, he had got his Wings and joined 74 Squadron, which was the only squadron he was to serve on. He made it famous.

Apart from his extremely strong character, which gave him great leadership potential, he was a first class shot, considered the best in the whole of Fighter Command. He was also a very determined pilot. He was not always the easiest character to get on with. He had a very high standard when flying and expected his fellow pilots to achieve the same. He duly became Commanding Officer of 74 Squadron which he led with confidence and élan.

Malan’s first taste of action was over Dunkirk, during which, in combat, he succeeded in shooting down no less than 3 enemy aircraft and sharing in the destruction of 6 more. He was subsequently awarded the DFC. This was followed by continuous action as the Battle of Britain developed. After several moves, including periods at Hornchurch and Wittering, 74 Squadron ended up at Biggin Hill where, under Malan’s leadership, it went from strength to strength. He ended his flying career in Britain with 32 victories, together with a number of instances where he had contributed to a kill.

He was a not untypical South African, with all the strength and conviction of the young men of the Dominion. After the Battle he had an extremely successful flying career. He ended the war as a Group Captain.

After the War, he became a leading light amongst those ex-servicemen in South Africa who fought against Apartheid.

This 1/5 scale pilot figure features an portrait of Sailor Malan, authentic flight gear for the period from the Mark III goggles to his boots. He measures 4″ across from elbow to elbow and right at 6″ from his bottom to top of head in the sitting position. Weight is 4.5 ounces. Perfect for your 1/5 scale warbird!

PLEASE NOTE: Since cockpits in all models vary greatly, Best Pilots can not guarantee that our Pilots will fit EXACTLY in your model without some trimming either to the pilot or to the cockpit. If some of the pilot has to be trimmed away, Best Pilots was glad to provide more pilot than you needed! 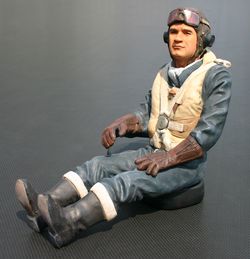 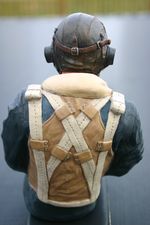 Hi Lyle – Sailor is just landed, and i must say, that both my wife and i are very impressed of the beauty of him.